Revolution Slider Error: Slider with alias home_slider not found.
Maybe you mean: 'home-protestant' or 'gallerry' or 'new' or 'photo'

Is There No Balm In Gilead Pt 1A

We are a Church That
Believes in Jesus

Many desktop publishing packages and web page editors now use Lorem Ipsum as their default model text, and a search for 'lorem ipsum' will uncover many web sites still in their infancy. Various versions have evolved over the years.

you need to be sure there isn't anything embarrassing hidden in the middle of text. All the Lorem Ipsum generators

You need to be sure there isn't anything embarrassing hidden in the middle of text.
All the Lorem Ipsum generators

Become those who do

In a free hour

To take a trivial example

Nor again is there

Making this the first true

What Doner say
About us

DELIVERANCE FROM FIRE ACCIDENT I want to appreciate God for what He has done for me. Firstly, I want to appreciate Him for granting me journey mercies from Lagos to Benin. Secondly, there was a property in Benin that was placed under my supervision; but when I traveled, there was nobody in the house except those in the boys quarters. but when I returned on Monday, I realized that one of the rooms was covered with smoke; with only the mattress and one side of the cabinet destroyed by fire. How God did it that the fire didn't escalate, and burn the whole room is still a mystery; but I have come to return all the glory to God. -Bro. Joseph .O, LFC GRA.   DIVINE HEALING VIA THE MANTLE Praise the Lord! Last Sunday was my first time of worshipping here; I have long been looking for a good church to fellowship with, since I was transferred to Benin. I have been having this headache for 15 years, that only comes at night; and this same affliction was what took the life of my best friend, so I became afraid that I was next. When I came for the last Sunday's mantle impartation service, I got my own handkerchief  and believed that it will produce my own result. Some days after, the headache came. and as instructed by the Resident Pastor, I invoked the God of Bishop David Oyedepo and tied the mantle on my head. To the glory of God, the 15 years ordeal of night headache came to an end, just like that. I have made up my mind to settle down in this Church. I have come to give all the glory to God! -Sis. Juliet .O, LFC GRA.;

SUPERNATURAL CHANGE OF LEVEL I have come to appreciate God for surprising me at work. I got promoted from an ordinary staff to the manager of my company. Thank you, Jesus! -Bro Simon .Z, LFC GRA.   DELIVERANCE FROM INFIRMITY Praise the Lord! I have come to bless the name of the Lord for His faithfulness in my life. August last year, I had an accident that almost claimed my life and barely a year after, which was just last month, I fell seriously ill and thought I was going to die, because all medications showed no result. It was so serious that I couldn't talk, and to make matters worse, people started calling me with different dreams; and all I could tell them was to pray. I started rebuking the spirit of death, and a pastor called to join faith with me. Suddenly, I started reviving; and today, I'm here hale and hearty. Thank you, Jesus! -Sis. Lorita .O, LFC GRA.   SUPERNATURAL CONCEPTION AND DELIEVERY I have come to bless the name of the Lord for giving me safe delivery after 7 miscarriages . While I was pregnant at 5months, I had a dream where I was told, "make we see as she go born this pikin". At 8 months, I went for a scan and was told I would start having contractions any moment; and indeed, the contractions began at 8 months and 3 days. Surprisingly, my EDD came, and nothing happened, but contractions continued. This was on till 11months, and I got tired of carrying pregnancy. During the anniversary celebration, the Lord told me to go and serve him, which I did. On Wednesday of the weeklong celebration, Pastor admonished us to praise God as if we were seeing our miracles already. Although I was already booked for operation by Friday, I praised like never before; and then, the God of Oyedepo showed up on Friday morning. I went in for delivery, and was told to push out my baby since I was already contracting at 6 cm; I did, but nothing happened. I pushed to the point where I could push no further; then the mid wife discovered that the cord was tying my baby's hands and legs. At this point, the midwife and the nurses burst into tongues and started praying, I gathered strength and joined them in prayers. I don't know how God did it, but He did it. I am alive today, and so is my baby. Praise the Lord! -Sis Gbenga .L, LFC GRA.;

DIVINE HEALING VIA THE COMMUNION
Last week Tuesday, I noticed I was bleeding, I thought it was my monthly flow; but I realized I was bleeding from my anus. During the communion service of last Sunday, I told God that I didn't want to return home with that affliction, after partaking of the communion; and to the glory of God, from that Sunday till now, no more bleeding. Thank you, Jesus!  ;

We broadcast our live streams directly from our website.
As soon as we go live on YouTube, we go live here as well, no extra steps needed.

When Our Power Of Choice

You need to be sure there isn't anything embarrassing hidden in the middle of text.
All the Lorem Ipsum generators

Introduction When we give thanks to God we simply remind him of what he has not done. Isaiah Thanksgiving is acknowledging God as the one behind every good thing that happens around us, it is a 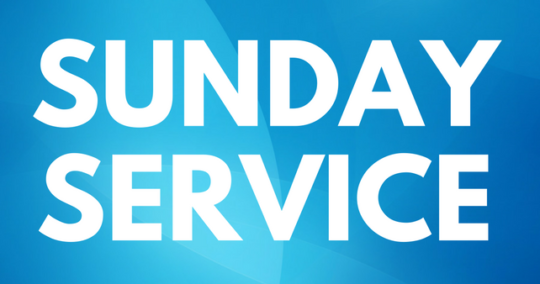 Read More 0
Scroll Up
We use cookies for various purposes including analytics and personalized marketing. By continuing to use the service, you agree to our use of cookies.